It’s spring! Forests are yellow with wattles flowering, fruit trees in backyards and orchards are beginning to blossom and flowerbeds are coming to life after winter. Bees are pretty excited, too, because flowers are vital for honey making.

Most of us love honey: spreading on toast or adding it to a hot drink to soothe a scratchy hayfever throat from all that flowering going on outdoors. Have you ever wondered how bees make honey? Kids News did some research.

There are more than 20,000 bee species around the world, with more than 1700 species native to Australia.

When we think of honey-making bees we mostly think of European honey bees. Their scientific name is Apis Mellifera.

There are 10 other known species of honey bees around the world, including the giant honey bee in Nepal and Indonesia and the Eastern honey bee from Southeast Asia.

Some native Australian bees can produce honey too. 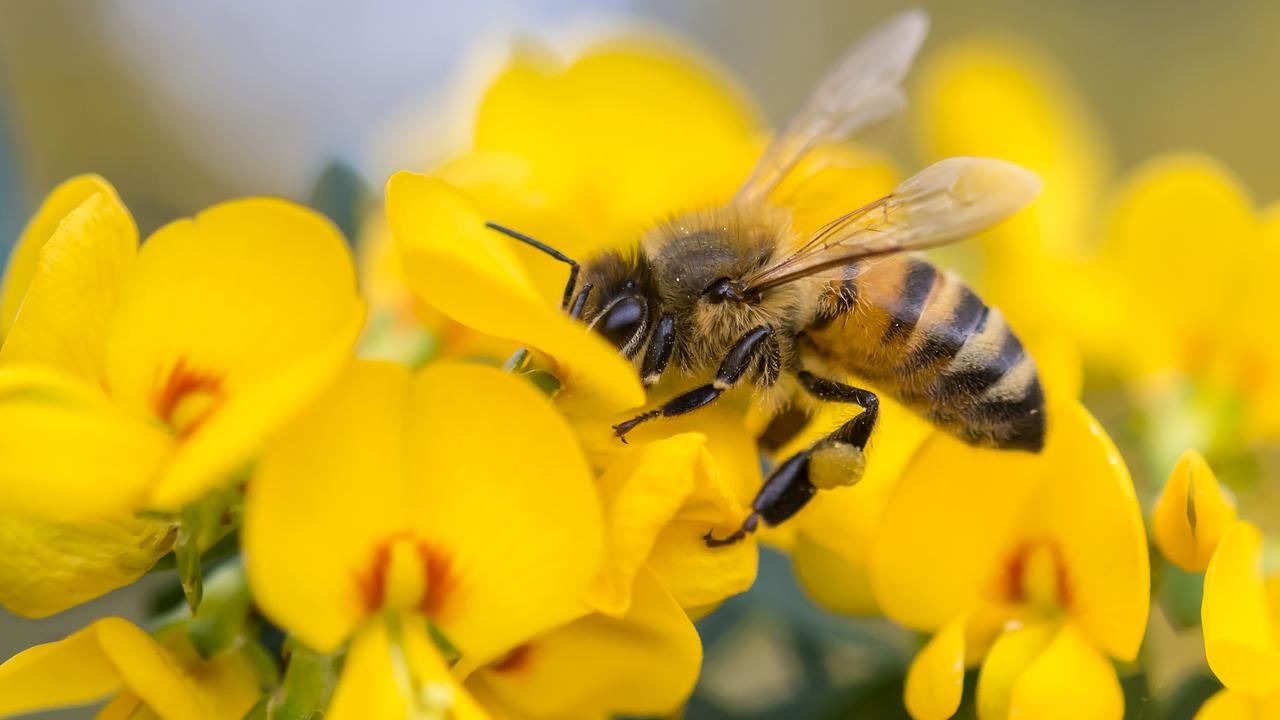 A bee collects nectar on the flower

A colony of bees can visit 50 million flowers a day!

Bees work together as a team to decide where the best flowers to visit are, communicating this information with dance moves, noises and bumping into each other.

The bees visiting flowers are collecting nectar, the main ingredient for honey. Nectar is also the bees’ main source of energy.

Bees have a long, strawlike tongue called a proboscis, which they use to suck up nectar from the nectary, the part of a flower that makes nectar.

The nectar travels up the proboscis and into the bee’s honey stomach (also called a crop), where the complex sugars in the nectar begin to be broken down into simpler sugars so that it stays in a liquid form. Bees also have a regular stomach for the food they eat and digest.

Back in the hive

After the worker bee has finished its field trip, it returns to the colony and regurgitates* the simplified nectar to a house bee.

Once the honey has dried, the house bees put a lid over the honey cell using fresh beeswax. When they need food during the winter, when flowers aren’t flowering, they can open the lids of the honey cells and eat the honey.

When a bee visits a flower, it also collects pollen, a powdery substance made by the male parts of plants. For the plant to reproduce* and make fruit and seeds, the pollen needs to reach the female parts of a plant or a separate plant that is female. Pollen can also move in the wind, but that’s not as accurate as being carried by a bee.

How do bees make honey?

COVID-19 active on skin for 9 hours

Inside Chinatown: In Hollywood, Chinese people should not just be heroes and kung fu masters